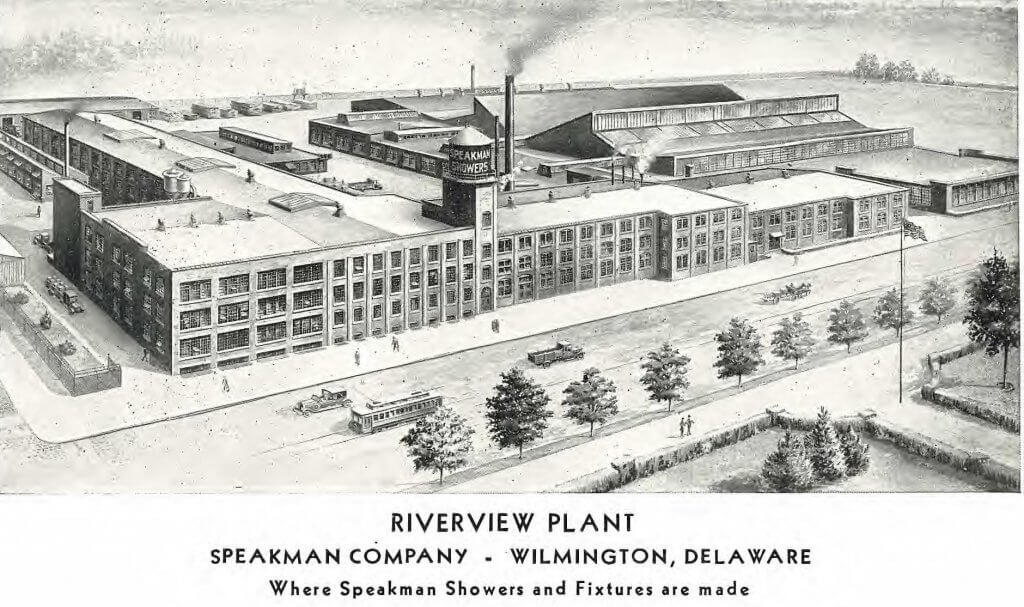 Since 1869, when Joseph and Allen Speakman opened a modest workshop in Wilmington, The Speakman Company was a trusted employer and committed community force in Delaware.  To this day, its iconic brass showerheads and brass plumbing fittings are known worldwide.

Although The Speakman Company was sold in 2018 after 149 years of family ownership, its legacy will live on, benefiting generations of Delawareans, as the wellspring for the new Riverview Works Fund at the Delaware Community Foundation (DCF).

For some time, Rod Ward, Speakman’s Chairman and a fifth generation family member and his wife, Gina, wanted to find a way to help the people of Delaware.  The Wards worked with the DCF to establish the Riverview Works Fund, a donor advised fund, through a gift of Speakman Company stock.  It honors all those who were part of The Speakman Company and their devotion to the state and the City of Wilmington in particular.

The Wards chose to work with the DCF because of the foundation’s commitment to Delaware and its reputation for helping maximize the impact of charitable resources through community knowledge and relationships.

“There are a lot of proven, well-run organizations in Delaware that need support,” Rod said. “We truly appreciate the knowledge and expertise the DCF provides us in deciding where the funds are most needed and will do the most good. Working with them made a lot of sense to create a Delaware-focused donor advised fund.”

The new Riverview Works Fund is one of more than 1,300 charitable funds at the DCF. From these funds, the DCF awards an average of $20 million each year in grants and scholarships to charitable causes and organizations that affect quality of life in Delaware.

“The Riverview Works Fund is a model of how the DCF partners with generous people to help empower their charitable giving,” DCF President and CEO Stuart Comstock-Gay said.

“The value in this work is the symbiotic nature of the relationship,” Comstock-Gay said. “The Wards are passionate about making a difference, and so are we at the DCF.  We will look forward to learning from them. And as the community foundation, our role is to use our community knowledge and our relationships to help the Wards determine how they can make the greatest impact on the causes they care about most.”

The Wards will work with the DCF to develop a process to make grants from the Riverview Works Fund to organizations primarily in the education and wellness sectors.

Gina, who serves on the board of managers at Nemours Children’s Health System, is passionate about health care. Rod, who was a longtime board member at the Eastside Charter School in the Speakman neighborhood, is deeply interested in education. They both also serve on other not-for-profit boards ranging from education advocacy to positive youth development.

“We wanted to make an investment in the state’s future, to propel positive change and enhance opportunity for many well-deserving Delaware organizations,” Gina said.

Serving the community as well as customers always has been part of the culture at The Speakman Company. Establishing the fund also honors Bill Speakman, who led the company as a fourth-generation family member for four decades until his death in 2006, when Rod assumed that position.

“Bill was a wonderful and beloved individual known throughout Delaware,” Rod said. 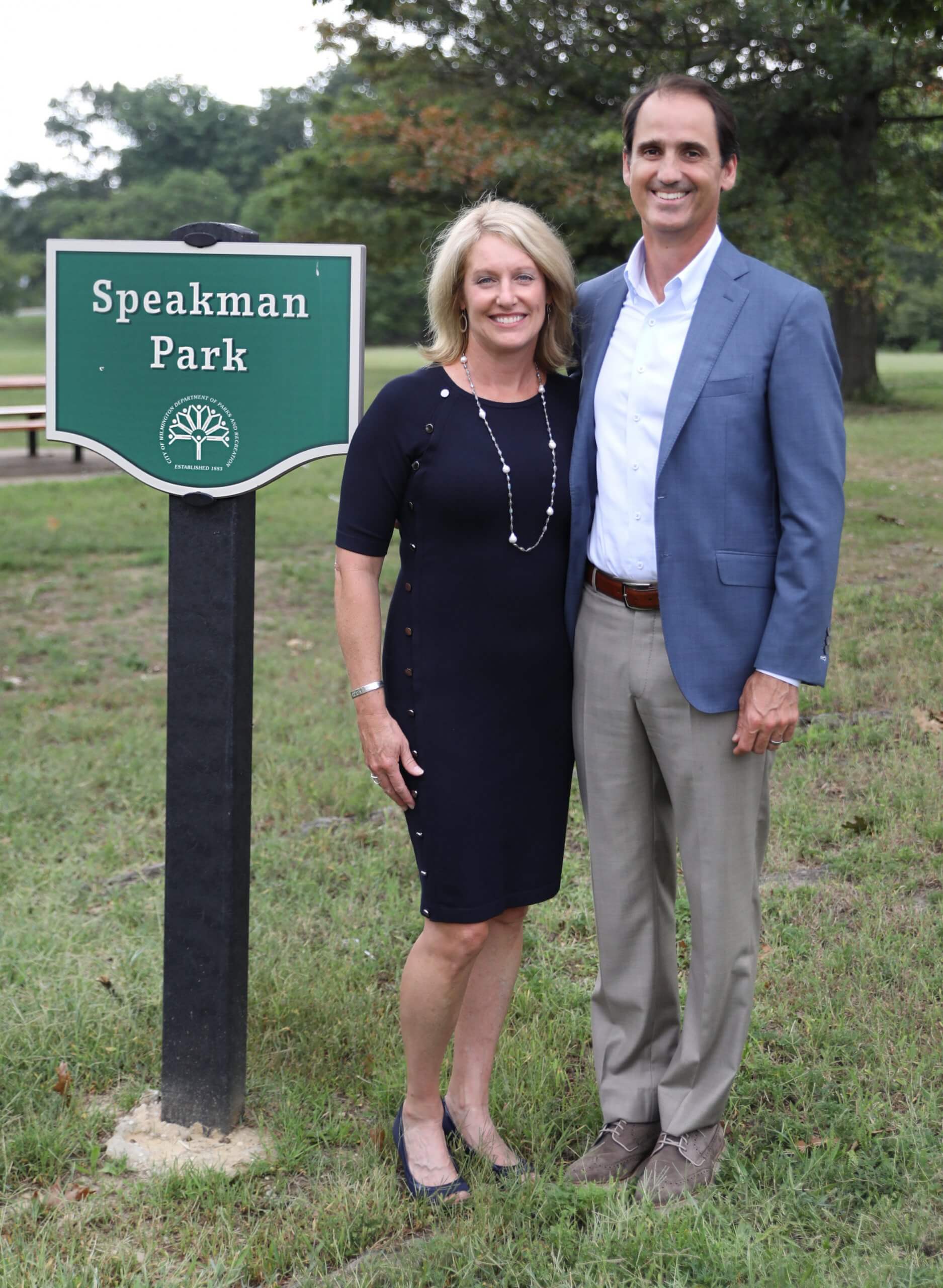 In 1906, the company moved to its Riverview Plant, which was on 30th and Spruce Street in Wilmington and named for its scenic view of the Delaware River.  When the company relocated to New Castle in 2003, Speakman worked with the Ingerman Group and the West End Neighborhood House to replace the Riverview Plant with Speakman Place, a community of much-needed affordable townhomes for neighborhood homeownership.

Speakman Place is across the street from Speakman Park.  One of the neighborhood streets, Stoddard Place, honors Tom Stoddard, who worked at Speakman from 1928 until his retirement in 2003 at age 93. The Guinness Book of World Records says that’s the longest tenure by an employee at a single company.

“Tom was one of the great ones,” Rod said.

“Speakman Place was a fitting ending to the Riverview Plant, and a wonderful beginning for new homeowners,” Rod said.

Through the Riverview Works donor advised fund, The Speakman Company legacy will continue for generations to come.