April 11, 2018
Back to Archive
On first blush, the McLaughlin Dream Chasers program looks like a basketball program for budding middle school student athletes.

But it’s so much more.

Funded by the William T. and Mary A. McLaughlin Educational Fund at the Delaware Community Foundation, Dream Chasers inspires and supports athletically gifted and primarily at-risk students to take another educational step beyond high school and realize their full potential as caring, productive, responsible citizens.

“Dream Chasers is just one of the many programs the DCF funds to expand opportunities for children to succeed,” DCF President and CEO Stuart Comstock-Gay said. “And when our kids succeed, our whole community becomes stronger.”

For nearly a quarter century, the McLaughlin Dream Chasers program has helped hundreds of outstanding basketball players in Wilmington raise their academic and athletic profiles through a unique program that blends scholastic supervision, athletics and social commitment.

The program operates at no cost for participants. Instead, students make a commitment to excellence on the court, in the classroom and in the community.

In return, they receive support from a cadre of coaches, mentors, teachers and alumni who help them understand the importance of preparation and execution in academics and athletics, as well the expectation of giving back to others as a way to thank those who supported them. 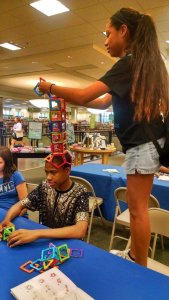 “It’s not just sports. We want them to have impact beyond there,” said Ty Perry, executive director of the program, which operates out of the Clarence Fraim Boys & Girls Club. “I look at is as building a confidence. It helps them to build that inner esteem. They feel like they can conquer the world.”

Eric Hicks II joined Dream Chasers in sixth grade, went on to a stellar basketball career at St. Elizabeth High School, and is now a freshman at Delaware State University majoring in engineering-physics.

Of the 14 Dream Chasers in Hicks’ cohort, who graduated from high school last year, 11 are in college. Hicks credits the McLaughlin Dream Chasers with helping him to become a better student and athlete.

“The Dream Chasers program instilled in me a strong work ethic on the court that carried into the classroom,” Hicks said.

Program founder Dave Sysko said the goal has always been to encourage students to see the opportunities available with hard work and ability.

“We’ve had kids who have gone to the military, to Del Tech and other colleges, and who are employed, useful citizens,” Sysko said. “It’s never been about basketball. That was the carrot.”

The program got its start in the early 1990s, when Sysko discovered that many talented high school basketball players needed more support to be academically eligible for college.

In partnership with Dr. Tony Allen and Sonia Sloan, Sysko created an academic program disguised as a basketball team. 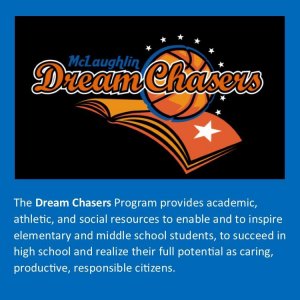 Enticed by free headbands, socks and enough basketball to keep them engaged, the students worked hard, received tutoring and took summer classes that helped them make dramatic gains in math and English. The students also visited Ohio University and McGill University, where they stayed in the dorms and got a taste of collegiate life.

By 1994, Sysko, Allen and Sloan wanted to expand the program – originally called Future Stars – to reach more students. The Boys & Girls Clubs of Delaware offered to host the program, and the team decided to create an endowed fund to support the program in perpetuity.

To raise the money for the endowment, Sysko and his colleagues persuaded the late Charlie Cawley, MBNA founder, to host a dinner honoring beloved former Wilmington Mayor Bill McLaughlin. The event brought in $1 million to establish the William T. and Mary A. McLaughlin Education Fund at the DCF.

“Of all his accomplishments, he would think the Dream Chasers is his most important legacy,” said his son, Bill McLaughlin Jr., who still serves on the board of directors.

For Eric Hicks’ mother, Daphne, one of the greatest experiences with Dream Chasers was the sense of communal responsibility for the children’s success.

“Although, it was an academic basketball program, it embodied the quote, ‘It takes a village,’” she said. “As parents, we all gained great friendships through our children’s love for the sport of basketball. We were all there ensuring that every child was supported and always encouraged them to excel on and off the court.”