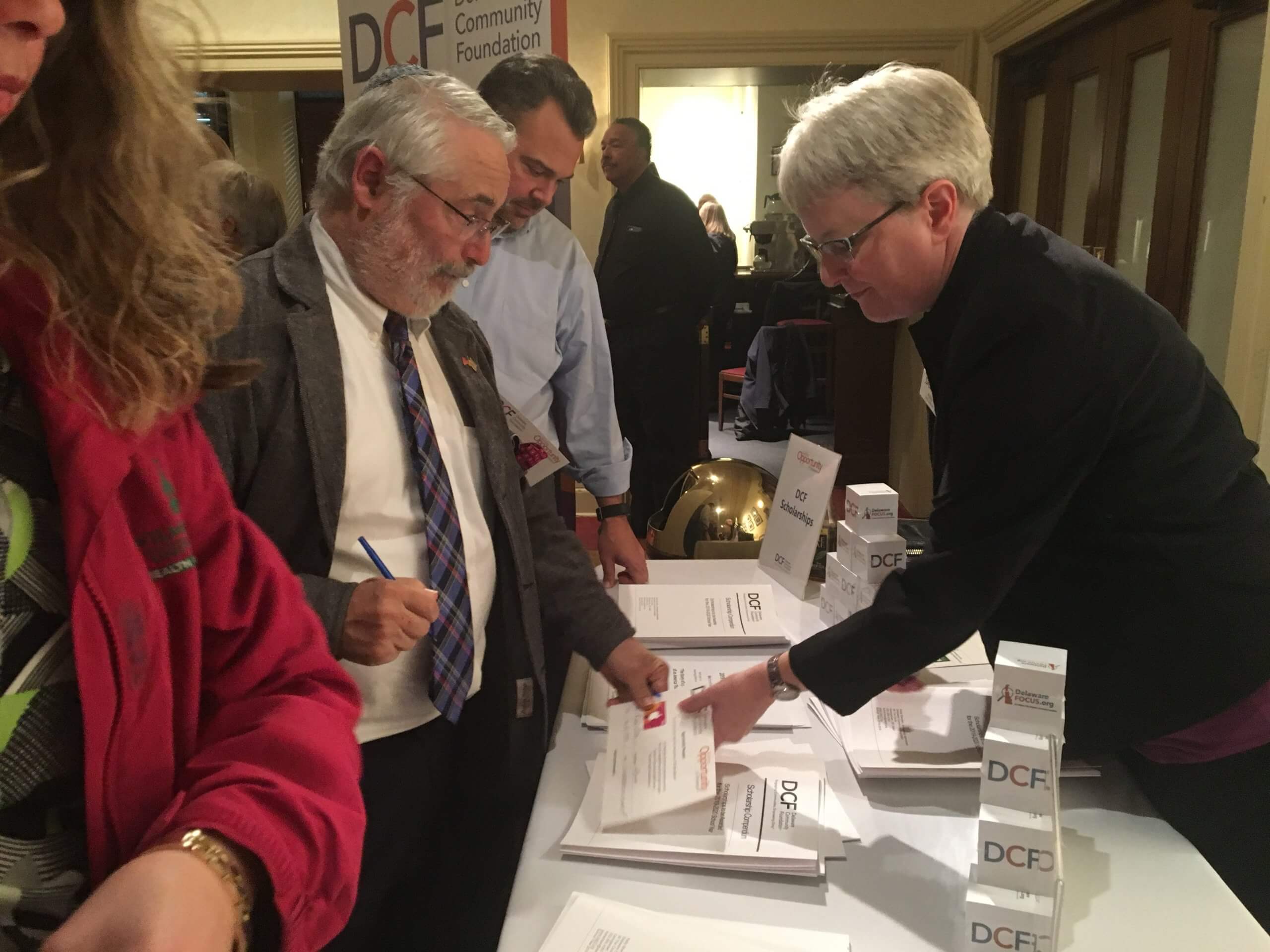 Hundreds of people are getting more involved in building opportunity in Delaware after hearing Prof. Robert D. Putnam speak at the Delaware Community Foundation’s inaugural Leadership Lecture on Wednesday night.

Wednesday night’s Leadership Lecture, which featured world-renowned sociologist and author of Our Kids: The American Dream in Crisis and Bowling Alone, Prof. Robert D. Putnam, was the first of what will be an annual DCF event to spark conversations statewide and bring people together to build solutions to our greatest challenges.

Putnam spoke to an audience of 300 people at the baby grand in the Edith & Alexander Giacco Building in Wilmington about the growing imbalance of access to health care, education, employment and other opportunities necessary to achieve social and economic success in Delaware and throughout the country.

“The very first words we said when we became America were, ‘All men are created equal.’ It’s in our DNA. Our DNA is not that everyone is going to have equal success, but how well you do is going to depend on YOU. It shouldn’t depend on how well your parents did,” he said. “That is no longer true in America. Every year it’s becoming less true in America, and I fear it’s becoming less true in Delaware.” 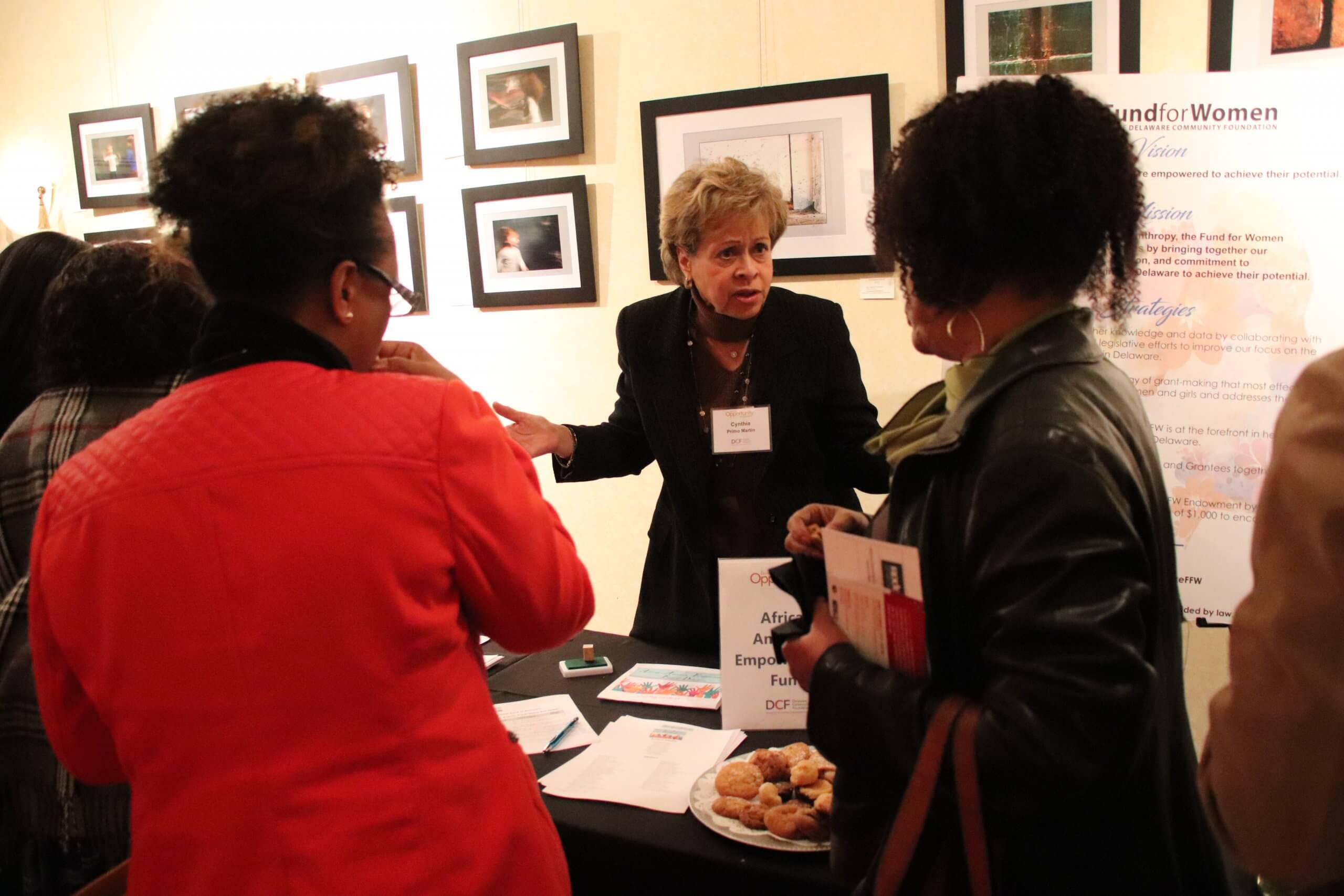 Putnam’s presentation was followed by a Take Action Fair, where attendees learned how to get informed, get connected and get in the conversation by talking with representatives from DCF funds and initiatives including the African American Empowerment Fund, Arsht-Cannon Fund, DCF scholarships program, Fund for Women, Next Generation, Rodel Foundation and Youth Philanthropy Board.

DCF President and CEO Stuart Comstock-Gay said, “At the DCF, we believe in the American Dream.  We believe that this elusive idea is something worthwhile. It’s never been fully available to everybody – for African Americans, Hispanics, new citizens, women – but it’s always been worth reaching for.”

In its new Building Opportunity in Delaware initiative, the DCF is working to foster discussion and collaboration that will empower the community to reduce the opportunity gap Putnam described. Through a thoughtful and rigorous process, the DCF has identified three focus areas in which it can provide valuable civic leadership: the success of Delaware youth, a thriving Latino population and equitable communities. 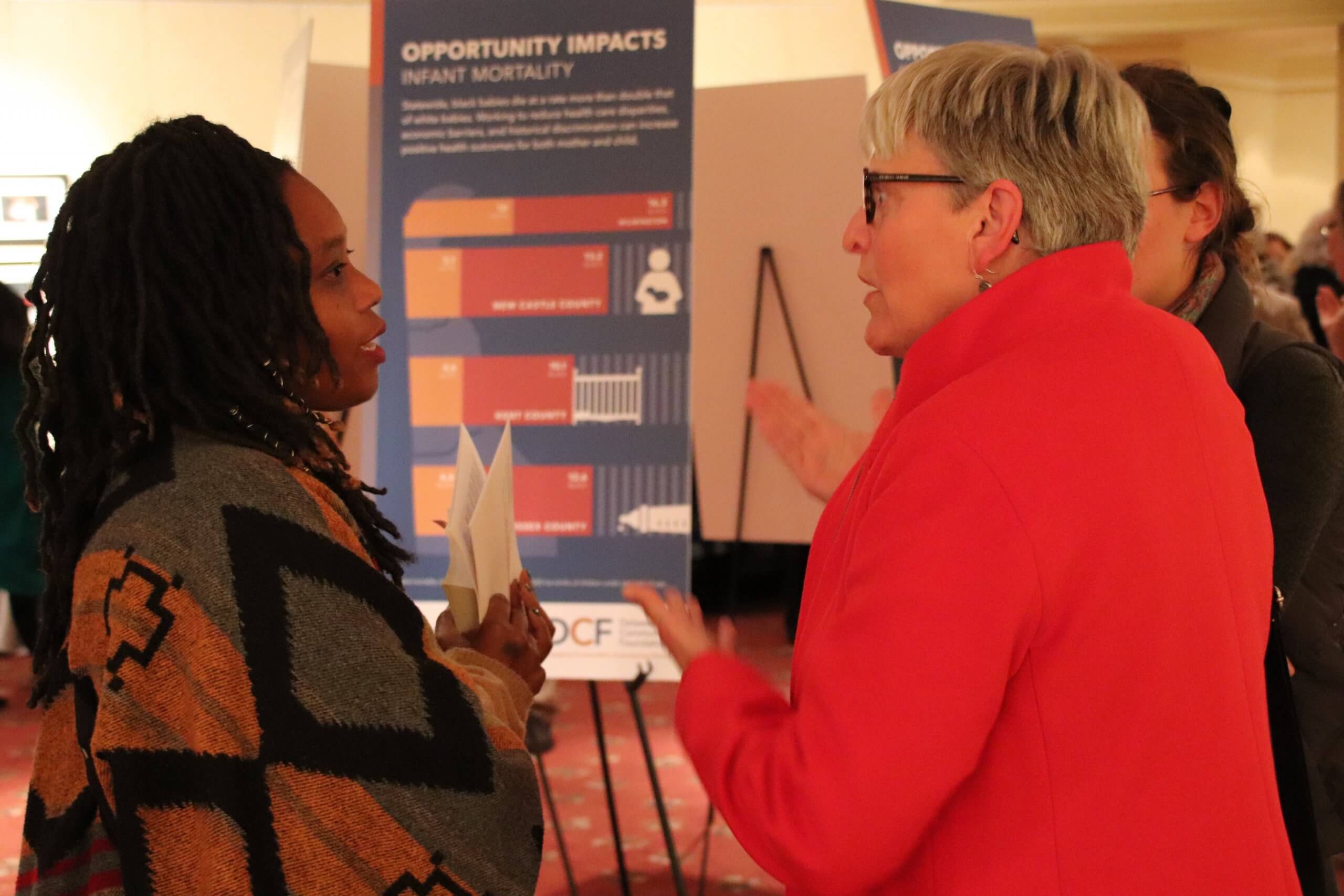 Along with Wednesday’s Leadership Lecture, this initiative involves a statewide program of Book Circles that took place throughout the fall, a soon-to-be-announced restructured grants program, and a slate of Focus Conversations about community issues scheduled for 2019.

“For the DCF, this work is our core: improving the quality of life for Delawareans. And a better quality of life is only possible when all people have the opportunity to succeed,” Comstock-Gay said.

Putnam’s presentation was possible thanks to generous support from the 1916 Fund at the DCF, JPMorgan Chase and Christiana Care Health System. The Book Circles were possible through a partnership with Delaware Humanities.